Because each of these touch-screen designs has similar working principles, only the 4-wire operating principle is discussed below. 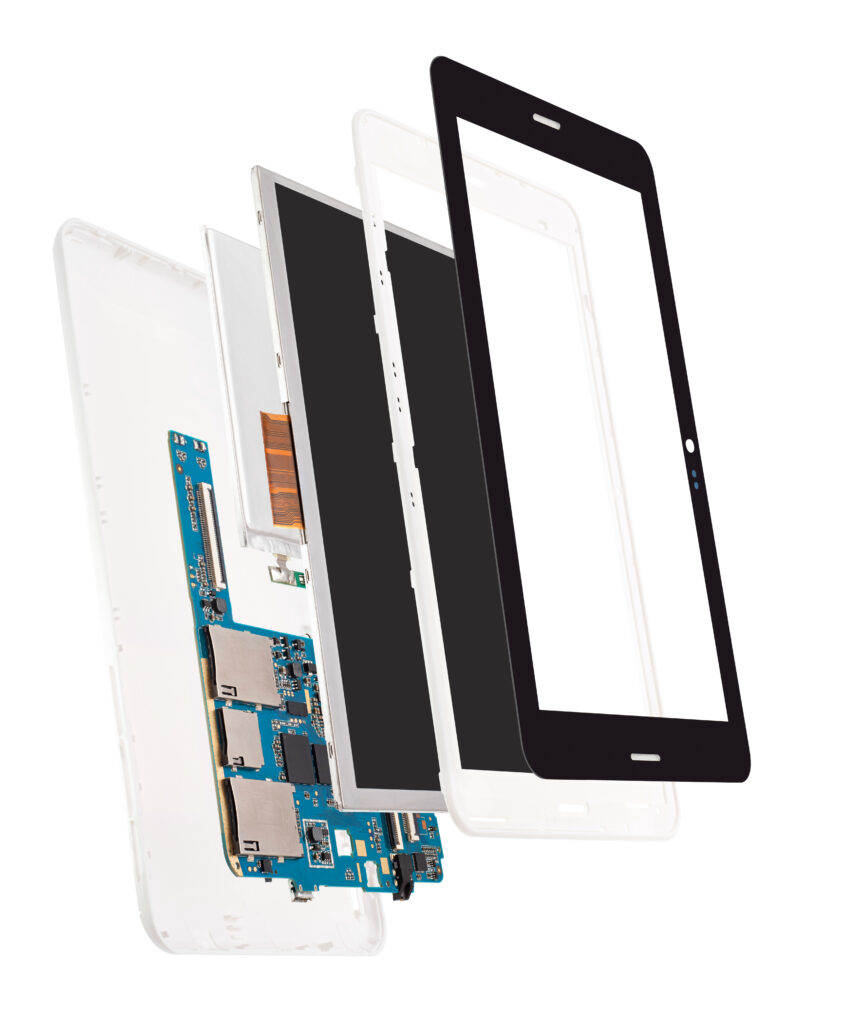 The construction of the touch screen is basically a two-layer structure. The top layer is typically PET film, which is hard-coated on the non-conductive (top) side to prevent scratches. The bottom layer can be PET film or glass. The conductive sides of the top and bottom layers are coated with ITO (indium tin oxide). The layers are separated by printed, transparent, non-conductive dots to provide spacing. When in operation, a controller provides voltage to the unit. As soon as contact is made between the two conductive layers, the controller determines the X and Y coordinates, calculating the voltage at the touch point. In this common design, the X direction is normally on the top film and the Y direction on the bottom film.

A capacitive touch screen is typically all glass, versus a resistive touch screen, which can have a top layer of PET material. The glass layers have a metallic conductive coating. Electrode patterns along the edges distribute a low-voltage field over the conductive layers.

A human finger or a conductive device held by a human hand touches a point on the capacitive touch screen, which draws a small amount of current to that point, causing a drop in voltage. The controller calculates the touch point, registers the touch, and triggers a response. Greater durability and a light-transmission rate higher than 90% are unique advantages of capacitive touch screens.